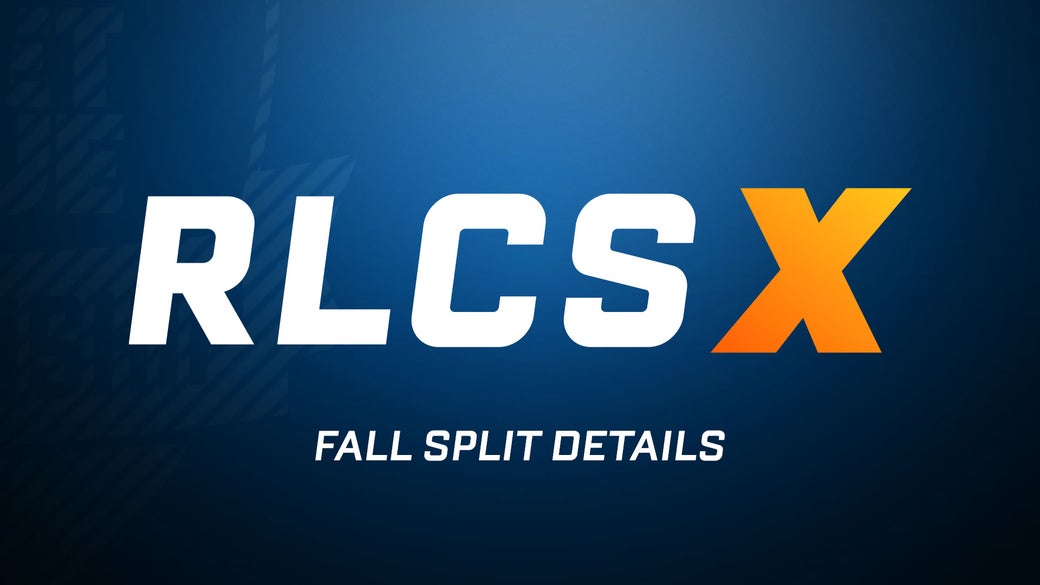 These changes should allow more fans to experience the entirety of the show and they should also result in more reasonable end times for both European and North American players.

The Rocket League Championship Series (RLCS) X is just around the corner and that means we're about to dive into the first Split of action in this season's brand new circuit format. It's an exciting time to be a fan, and with that excitement comes a ton of changes to the league itself.

But have no fear! We're here to get you caught up on everything you need to know before the biggest RLCS season ever kicks off.

One of the biggest changes for RLCS X is the format. As mentioned in the announcement article, each Split has its own unique format.

Here's a refresher on how the Fall Split Regional Events will work:

Here's the schedule for the Fall Split:

You'll be able to catch the Regionals on Twitch and YouTube. So, make sure to subscribe and follow so that you get notifications each time RLCS X is live! More information about on-air talent for each broadcast will be released soon!

RLCS: The Grid Format and Dates

The Grid is an exciting new addition to the Rocket League Esports ecosystem. As explained in the RLCS X announcement, this weekly, 16-team league serves as a place where some of the best teams in the world play for Grid Points, prize money, and a spot at that Split's Major. Take a look at how it'll work.

The initial sixteen teams invited for each region are the RLCS and Rival Series teams that qualified via their performance in RLCS Season 9. At the end of the Split, the top ten teams will retain their spots, while the bottom six teams will have to fight to retain their spots in the league.

A unique aspect of The Grid is that broadcasting the tournament will be opened up to the participating players and organizations. This creates fun, new ways to interact and watch your favorite teams and players. As we dive into The Grid's Fall Split, we'll be looking for ways to level up broadcasts and bring fans as much Grid action as possible.

Sign-ups have closed for the first European and North American Regionals, but don't forget that you can still sign up for the remaining two events in your region. Head over to Battlefy and register today!

As we boost our way into RLCS X, we'll have more information, content, and coverage on the way. Additionally, we'll also be sharing updated plans for the Fall Split Major as soon as possible. Follow our Twitter to stay up to date on all things Rocket League Esports. We'll see you on August 1 when we hit the pitch for the first day of RLCS X!