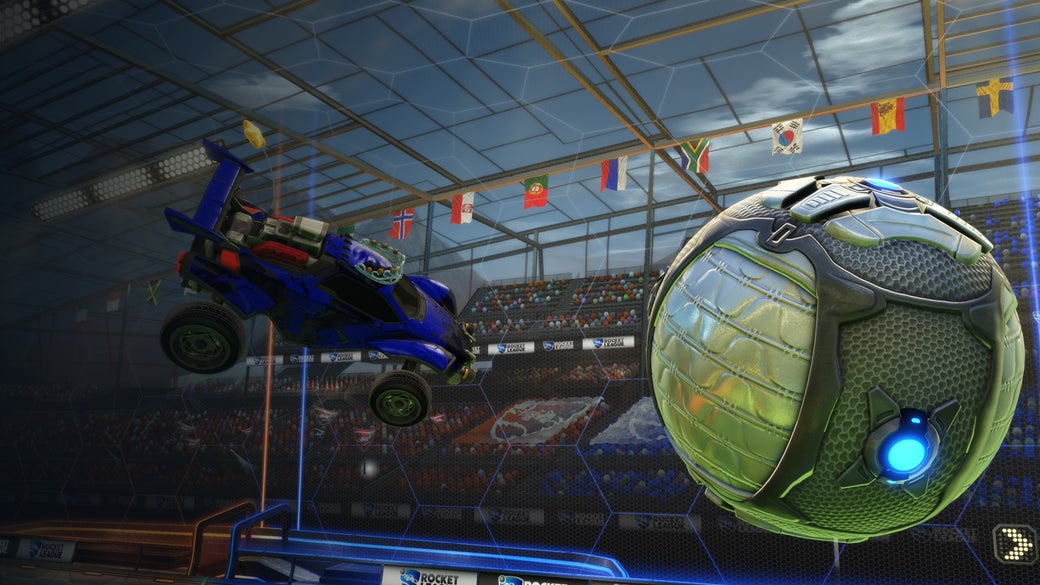 For the past two weekends, the Rocket League Championship Series has been grinding through thousands of brackets in search of the best teams in North America and Europe. The RLCS started out with 6,112 teams and we’re down to the top 16 teams in our Season 1 Group Stages.

Over 300,000+ viewers tuned in to our inaugural kickoff weekend and the matches since have offered an edge-of-your-seat experience for Rocket League fans around the world! (You can watch the full broadcast VODs at our Twitch channel!)

Here are the current standings after the first week of our single round-robin brackets in each region: 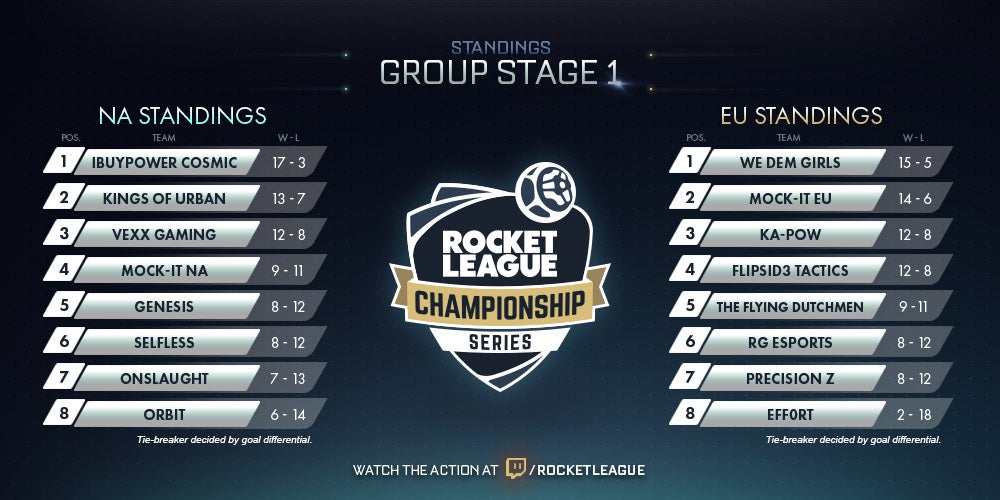 Boosting Towards the Online Finals

The number one seeds in each region are pretty clear cut at the moment, but our top 8 teams from NA and EU have only completed half of their journey through the Qualifier 1 Group Stages! Each team faced four opponents from their respective regions last weekend, and they will face the other three teams left from each bracket before the lineup for our first Online Finals will be determined.

Only the Top 4 teams from each region will advance to the Qualifier 1 Online Finals for their share of the $10,000 prize pool ($5,000 per region) and the pressure to succeed is mounting. Several teams this past weekend had extremely tough match-ups and are poised to bounce back this weekend. The top 4 spots in each region are still up for grabs!

Not only are all 16 teams battling it out for the prize pool and a seat at the Qualifier 1 Online Finals, but they are also accumulating points that determine who will be invited to the Live LAN Final for $55,000 this summer! We still have to complete Qualifier 2 of course before that happens, but just about any team who finished early or has not had a chance to compete still has an open door to the Live LAN Final if they perform well in the next Qualifier.

Who will emerge as our Top 4 Finalists in each region? Can IBUYPOWER COSMIC and We Dem Girlz hold on to their #1 seeds in the NA and the EU? Will any of the current bottom 4 teams in each region rise to the occasion and finish in the Top 4? Anything can happen, and the RLCS will be there with live coverage, professional shout-casting, player interviews, and in-depth breakdowns of each match!

A HUGE thanks to our partners Twitch and NGE, and to our awesome sponsors NZXT, Razer, and Mobile 1 Racing!