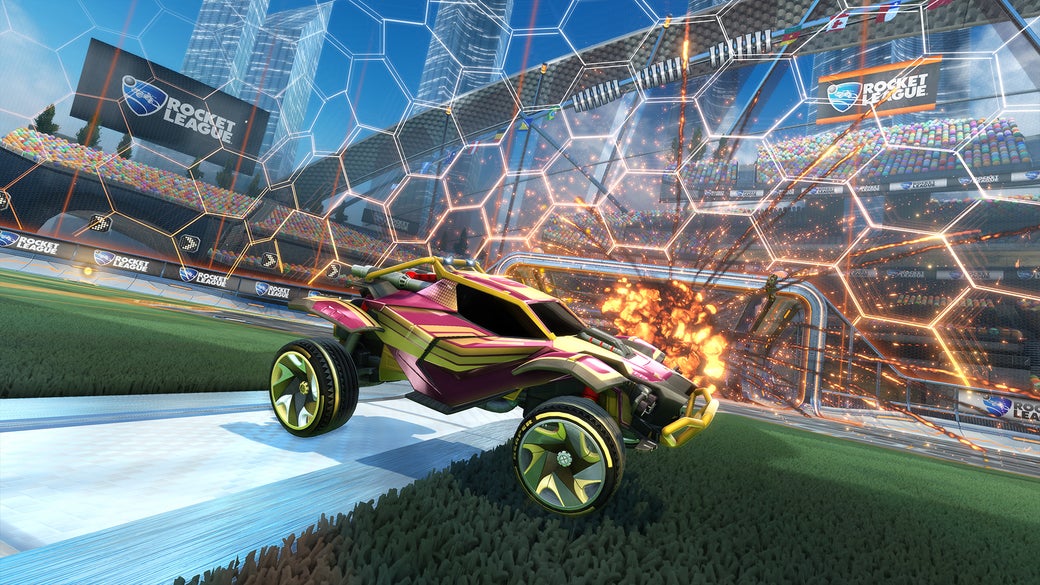 Cloudy with a Chance of Upsets?

Let's be frank, Cloud9 hasn't quite looked like the same group that conquered the world last year at the Season 6 World Championship. It's not that they're not a great team—they are—it's just that they haven't quite sustained the high-octane style that made them overnight rockstars (and World Champions) in the RLCS and Rocket League at large.

After starting the season with a spotless 4-0 record, Cloud9 then dropped matches to Spacestation Gaming, NRG Esports, and G2 Esports to finish at a respectable 4-3 match record. The end-of-season skid isn't a death sentence, but it is worrisome when we're used to Cloud9's fast and fun style netting spectacular wins and not disappointing losses. Even with that being said, Cloud9 remains one of the most talented rosters on the planet and are bursting with potential.

On top of that, Cloud9 fans can take solace in the fact that two of the squad's three losses were against the most seasoned orgs in North America. Their match against G2 Esports, while a loss, was particularly promising.That match was arguably the best G2 Esports has looked all year after their roster change brought in rising star Reed "Chicago" Wilen. Cloud9 showed some top-notch resilience almost getting the reverse sweep before falling in a razor-close, best-of-5 set. In fact, Cloud9 even busted out some of the dazzling plays that everyone knows they're capable of. If they can continue to claw their way back into form, they should be able to fuel themselves to a World Championship berth. Yet, their three-game losing streak still has fans on high alert, and their performance will be something to keep tabs on this weekend.

Promoting from the Rival Series to the RLCS is one of the most daunting changes for players and teams as a whole. The speed of play gets ratcheted up to eleven, players are making decisions at a lightning-quick pace, and the seasoned veterans are used to playing under the immense pressure. So, to say the deck is stacked against promoting Rival Series teams is putting it, uh, lightly.

That's what makes FC Barcelona's story all the more impressive.

Their electric play led to them becoming the first Rival Series team to ever place in the Top 2 of the RLCS in their first season since being promoted. Sure, they may have former World Champion David "Deevo" Morrow on the roster alongside RLCS veteran, Dan "Bluey" Bluett, but that doesn't detract from what a Cinderella story it's truly been. Even the squad's lone RLCS rookie Yanis "Alpha54" Champenois has consistently delivered top-tier plays all season long.

The squad was known for an ultra-aggressive style in the Rival Series that favored individual playmaking over coordinated team play. But FC Barcelona took their strategies to the next level in the RLCS, incorporating dazzling solo efforts into tighter, more coordinated attacks. The result: an impressive 5-2 match record and an automatic bid to the World Championship. They may have had a couple of hiccups where their style of game didn't quite come to fruition, but this season is proof that if they can keep their foot on the gas, the sky's the limit.

A perfect run in RLCS League Play is one of the most difficult feats in all of Rocket League Esports. To bring the type of intensity and consistency required to lock in a 7-0 record is something few teams in the world can hope to achieve.

The thing here is that this NRG Esports roster of Garrett "GarrettG" Gordon, Jayson "Fireburner" Nunez, and Justin "jstn" Morales has done this not once— but twice. It's an unbelievable achievement that no other team has ever accomplished. After faltering in the Season 5 World Championship, the trio could have elected to call it a good run and move forward with a roster move. But rather than do that, they elected to stay together and give themselves another shot at becoming the best team in the world. This season was proof that they made the right call.

With the consistent play of Fireburner and GarrettG coupled with jstn having an unreal breakout season, NRG Esports tore through League Play and are currently the only RLCS roster in Europe and North America without a match loss. The last time they did this, NRG Esports came up just short in the Season 5 World Championship where they lost to then-formidable Dignitas in what has become perhaps the greatest series in RLCS history. Now that they've got another perfect League Play record in the books, NRG Esports is looking to tear through the Regional Championship on their way to the World Championship. Now it's time to just finish the job.

It may seem like every article over the last few weeks has had some mention of Dignitas, and that's true, but not for the same reason as seasons past. This season has been a roller coaster ride for Dignitas, and unfortunately for them, it was a ride with spectacular drops and not much else. Yet, even with that in mind, the squad still managed to come through when it mattered the most.

In the last week of League Play, Dignitas had both TSM and The Bricks on tap in must-win situations. With the specter of the Promotion Tournament looming over their heads, Dignitas took out both teams 3-1, with the final match against The Bricks acting as a decider match for who'd go to the Regional Championship and who'd go to the Promotion Tournament. Those performances were enough to save a season that looked like it was on track to end in complete disaster.

Even with Dignitas punching their tickets to the Regional Championship, they've got a lot of work to do if they want to be on-stage at the World Championship at the Prudential Center in Newark, New Jersey. Their issues aren't completely ironed out and they'll be facing tough competition with no extra lives. They'll need to carry the momentum of a clean 2-0 week—and a saved season—with them as they make their case for a World Championship berth.

Dignitas hasn't been at all convincing this season, but perhaps their perfect week heading into the Regional Championship is just the beginning of Season 7's biggest redemption story.

Don't miss your chance to see the best teams in the world play live and in-person at the Prudential Center in Newark, New Jersey on June 21-23. Buy your tickets here and get ready to watch the action as the world's top players and teams battle for the title of World Champions. We'll see you there!