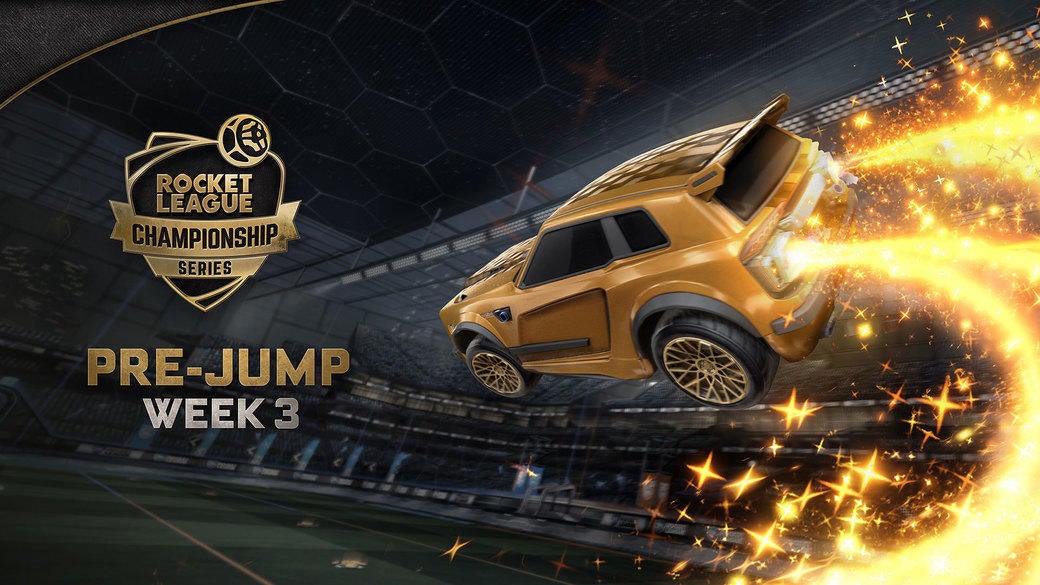 Whew. That was certainly a week of the Rocket League Championship Series (RLCS). In what may go down as the craziest week of RLCS League Play ever, the Big Three were dismantled, the defending World Champions fell twice, and the world of Rocket League Esports got flipped on its head. Ready to check out exactly what went down?

We've got you covered.

There's nothing more synonymous with the North American RLCS than the "Big Three." The trio of long-standing top teams made up of NRG Esports, G2 Esports, and Cloud9 came to define the league through their consistently dominant performances over the teams below them. That was until last weekend.

In a stunning flurry of upsets, only one team out of the three (NRG Esports) retained their claim to the top of the North American RLCS standings. The day began with a shocking upset as Birds convincingly defeated Cloud9 in a 3-1 win that took everyone by surprise. One match after that, the Pittsburgh Knights stayed white-hot, taking down G2 Esports in a dominant 3-0 sweep that catapulted them cleanly into second place behind NRG Esports. When Cloud9 hit the pitch for their second match of the day, it went from bad to worse for the former World Champions. In a hard-fought series, Cloud9 fell to Spacestation Gaming 2-3, bringing their overall record to a disappointing 1-3. NRG Esports and G2 Esports restored some semblance of normalcy with their wins against Ghost Gaming and Rogue respectively, but the Big Three had already been dealt three crushing blows in one day.

What does it all mean? It's hard to tell at this point. Cloud9, in particular, is treading on thin ice. Their 1-3 record is bad enough, but when you couple it with the fact that two of their three remaining matches are against NRG Esports and G2 Esports, their outlook dims significantly. At this point, they'll need to seriously step up their game if they want to avoid the bottom of the league and the Promotion Tournament. We know they've got the talent and experience, they just need to put the puzzle pieces together before it's too late.

When you look at this weekend from a historical perspective, it'll signal the toppling of giants, and perhaps a changing of the guard in the North American RLCS. If the unpredictable results continue, it's time to fasten your seatbelts, because it's going to be one heck of a wild ride.

You thought the unexpected results ended in the North American RLCS? In yet another unexpected twist, the defending World Champions, Renault Vitality, dropped not one, but two matches on their way to an 0-2 week. The first was an edge-of-your-seat reverse sweep at the hands of mousesports, who came alive in the final three games to shock Renault Vitality. After that, things got even worse for the trio. FC Barcelona was in desperate need of a quality win and they got just that with a clean 3-0 sweep of Renault Vitality.

Renault Vitality didn't look like themselves. They struggled to create scoring opportunities and their reads, teamwork, and overall play seemed just a step off. It cost Renault Vitality first place and their claim as top dogs in Europe. Their lethargic play left us with questions about their ability to repeat as World Champions, and on a smaller scale, their ability to finish at the top of the European RLCS.

There's some light at the end of the Week 3 tunnel, though. This isn't completely out of character for this iteration of Renault Vitality, as they've entered lulls in the past and been able to pull themselves back up to the world-class level we all know they can reach. Two losses aren't the end of the world and shouldn't be a cause for panic—yet. It's wise to take a patient tack with Renault Vitality, as they could very well bounce back and reassert themselves with a win over Reciprocity in Week 4. But if they don't, they'll be sitting at an unacceptable 2-3 match record. With the World Championship as the team's bar, they'll need to start clearing quality results to prove that they're still a team to be feared.

Since its inception, the Rival Series has existed to grow talent and serve as a platform for high-level players to get their shot at RLCS glory. That stature, as the pro league just below the RLCS, has turned the relationship between the leagues into something of a "big brother, little brother" dynamic. The RLCS teams (the big brother) would always beat up on the Rival Series teams (little brother). But, what happens when the little brother grows up and learns a thing or two on the way? You get Veloce and the Pittsburgh Knights.

These two teams represent what happens when the big brother no longer holds the size advantage and has to square up with his now-capable little brother. Both have shown that they not only belong but that they're some of the top teams in their respective regions. In Week 3, the Pittsburgh Knights smacked G2 Esports with a crushing 3-0 demolition, while Veloce went toe-to-toe with Reciprocity and came out on top 3-2. These results serve as proof that the Rival Series is producing some of the best and brightest teams in the world. Not only that, but these teams are dangerous and bring their own styles that RLCS teams may not be ready to cope with. Whether it's the demo-heavy play style that the Pittsburgh Knights stifle their opponents with, or the speed and midfield aggression that Veloce employs, each team brings their own special flair to the RLCS.

Of course, we're working with a small sample size, but these early results for the Pittsburgh Knights and Veloce are promising to say the least. Heading into Week 4, they're both in second place within their respective regions and are positioned to finish highly. If they continue to deliver solid results, we might be seeing a couple of new teams at the Season 8 Rocket League World Championship!

Speaking of World Championship, don't miss your opportunity to watch the best teams on the planet battle for their shot at becoming World Champions this December 13-15 in Madrid, Spain. We'll be heading to Palacio Vistalegre, so grab your tickets and get ready to experience Rocket League action live and in-person!