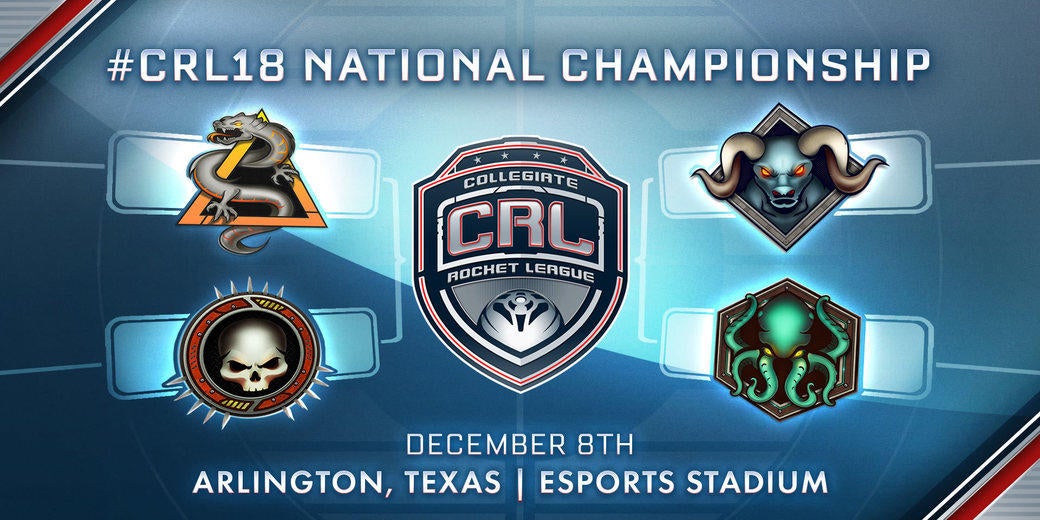 With the Collegiate Rocket League (CRL) National Championship happening this Saturday, it’s time to look at two of the four teams making their way to Arlington, Texas! The first to be featured are the Northern and Western Conference teams: the University of Akron and the University of Arizona!

The University of Akron has one of the biggest esports facilities in the nation. When their new Collegiate Rocket League (CRL) roster formed up last summer, it sent tremors through the Northern Conference with many expecting them to have a phenomenal season (competing at the top of the conference with the likes of Ohio State University and the University of Illinois at Urbana-Champaign). Throughout the season, the newly-formed Varsity team continued to level-up their play and eventually earned the fourth seed at the LAN Finals in Arlington.

Check out some of their highlight moments:

Akron has turned in numerous high-quality performances, with the players themselves attributing this to their overwhelming playstyle. The youngest player in all of the CRL, 16-year-old Buzz “Buzz” Krager said, “Basically we try to put a lot of pressure on offense while not over-committing.” This dual-enrollment student isn’t a one-man army, though, as his two teammates, Isaac “Reticence” Stecker and William “Salty Popsicle” Weiser have contributed equally to the team’s recent domination. Undeterred by their current fourth seed position, the boys in blue and gold plan to take the trophy by storm.

The University of Arizona Wildcats are no rookies to the CRL scene. The school has two competitive-level teams and more than fifty members of their esports club play Rocket League. This Arizona roster came back for Season Two of CRL with much stronger play, which quickly turned them into a collegiate raid boss that looks to be the greatest contender for the National Championship title.

Take a look at some of their best moments below:

The University of Arizona has one of the few rosters that remained identical between Season One and Two of CRL. The squad’s veterans Ali “*fire*” Taherkhan and Trent “PlantingCargo85” Wieland, are joined by the up-and-coming Jonathan “jojocats” Rickel. Besides the colossal energy that *fire* and PlantingCargo85 bring to the team, their focus on sticking to a specific playstyle has been important to how they attempt to dismantle the defense of their opponents via non-stop pressure There have been times where this strategy has been suboptimal, but the Wildcats haven’t taken a loss yet. We’ll have to see if they can keep their perfect streak going on the big stage.

The CRL National Championship kicks off this Saturday at 2:00 PM CST (8:00 PM UTC) and will be streamed LIVE on Twitch. In celebration of the inaugural CRL National Championship, fans watching on Twitch will be able to take advantage of DOUBLE PAINTED Fan Rewards (CRL rewards will drop alongside the Meridian and Pyramidia wheels)! On top of all of that, CRL will be making its YouTube debut on the official RLEsports YouTube Channel! Keep in mind, Fan Reward drops do not work on YouTube.

If you’re looking to make your way out to Arlington, make sure you pick up your tickets and witness the CRL action live in-person! See you December 8!