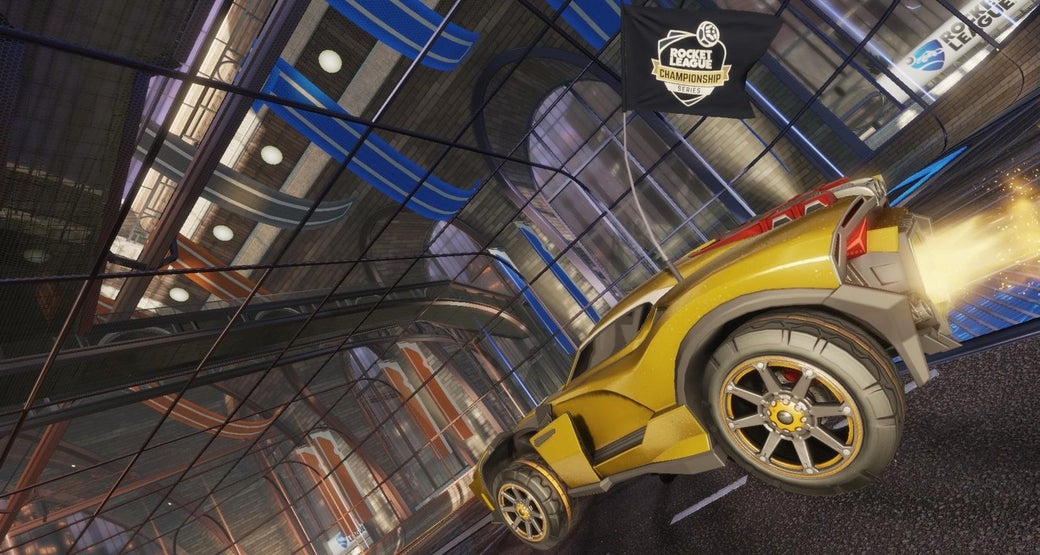 With the Regional Championships now officially in the books, all eyes have turned to the Promotion Tournament where we will find out which two teams from each region will qualify for Season 6 of the Rocket League Championship Series (RLCS). Alongside the RLCS League Play, eight Rival Series teams in each region were battling it out to decide who the top two teams competing in the Promotion Tournament will be. Over the next two episodes of Calculated, we will take a look at the Promotion Tournament and the teams to watch. On the European side, we will see excel Esports and Fnatic from the RLCS joined by Servette Geneva eSports and Team Secret from the Rival Series.

Team Secret is the team to watch out for in this tournament, as they will be attempting to make their return back into the RLCS. Team Secret qualified for the RLCS in Season 4 with a win over The Leftovers (now Fnatic) in the lower bracket qualifying match. Throughout the season, it became clear that Team Secret was outmatched by the rest of the teams in the RLCS as they fell to an 0-7 record, only winning a total of three games across the whole season. The team was unable to match the pace of their opponents as they took the least shots per game at 5.83 while also allowing the most shots against them by far at 10.67.

As a result, Team Secret found themselves in last season’s Promotion Tournament to try and keep their spot in the league. However, once again they were unable to find success with 1-4 losses to both Fnatic and Team EnVyUs, thereby sending them down to the Rival Series. Following this poor season, the team knew they needed to make a change and with Continuum’s retirement, Team Secret set out on a search for a new third player. Both FlamE and Tylacto improved considerably in the off-season finding much success with EyeIgnite before losing him to Team EnVyUs. The duo opted to bring Tigreee onto their roster and since have seen great results.

Team Secret started the Rival Series looking like the favorites with sweeps over Zebra Nose and Triple Trouble in the first week. The duo of FlamE and Tigreee put on an offensive showcase, averaging more than three goals per game across those series with 85% of those goals being assisted on. In the following weeks, the team quieted down a bit with losses to Servette Geneva eSports and Placebo. With a three-way tie at 5-2, the incredible first week by Team Secret came in clutch and put their game win percentage above the rest giving them the first seed in the Promotion Tournament.

Despite only having a 5-2 record, statistically Team Secret’s run in the Rival Series is reminiscent of Fnatic’s run last season. The offensive capability of the team as a whole was simply unmatched by the rest of the Rival Series teams. Secret finished the season with the most goals per game at 2.85 and the most assists per game at 2.44, while allowing the least shots per game at 6.37. Both Tigreee and FlamE averaged over one goal per game with Tigreee second in the league with 1.11 and FlamE third in the league with 1.07. Meanwhile, Tylacto finished the season with one assist per game, the only player to do so across any league. This is in stark comparison to their season in the RLCS, where they were completely outclassed. This new Team Secret squad now has the ability to match the offense of the RLCS teams and could be very dangerous if they are able to take control of the pressure.

The rivalry between Team Secret and Fnatic will continue as they will meet once more, marking the third time in a row that both teams will be competing against each other for a spot in the RLCS. The Season 4 Play-ins saw Team Secret knock Fnatic (then The Leftovers) down to the Rival Series in a close five-game series. In last season’s Promotion Tournament, the two teams met in the first round with Fnatic finding a 4-1 victory. Team Secret and Fnatic will once again meet in the first round of the upcoming Promotion Tournament. This is a match you do not want to miss as it is sure to be exciting as both of these teams will be putting on an offensive showcase. Be sure to tune in next week to the RLCS Season 6 Promotion Tournament where we will find out which two teams in each region will qualify for the next season of RLCS!

Watch it all live at www.twitch.tv/rocketleague!